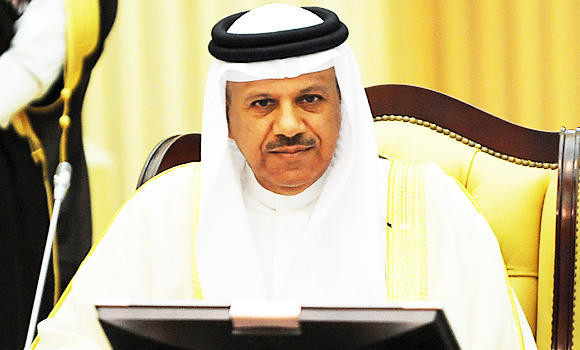 RIYADH: In a renewed move to strengthen intelligence functions and security information sharing to combat crime, Abdullatif Al-Zayani, secretary-general of the the Gulf Cooperation Council (GCC), has lent full support to speed up the creation of a common GCC police force.
“The GCC General Secretariat is willing to provide all support including logistics to set up the Gulf force,” he said here on Sunday.
The GCC chief was speaking after holding talks with Col. Mubarak Al-Khaili, first chairman of the proposed GCC police force. The two officials discussed the progress made on this security initiative, which will go a long way in setting up a strong deterrent GCC police to curb crime and terror.
Al-Khaili briefed Al-Zayani about the policies and programs of the Gulf force.
Referring to the progress made by the GCC police initiative, Al-Zayani said that “the GCC ministers of interior are paying full attention to the project that aims to promote the Gulf integration and interdependence in the field of security.”
Saudi Arabia, which has been on the forefront of this initiative, has the largest number of police personnel among the Gulf states. The Department of Public Security, which is the official name of the police department under the Saudi ministry of interior, is closely working with the GCC agencies on this joint police force project.
A working group of interior ministers has already been assigned the task to review the organizational, financial and administrative aspects of the project, he added.


The GCC police, which has its headquarters in Abu Dhabi, will reinforce and expand cooperation between security authorities in the region as intensified coordination among Gulf states has become a necessity to combat crime.
The GCC interior ministers agreed and announced last year to set up the force nick named as ‘GCC-POL’, the unified regional security force, aimed at deterring crime and threats to their states. The UAE Cabinet has already approved hosting the headquarters of the joint GCC Police Force in Abu Dhabi.
The decision to set up the GCC Police Force was first adopted according to the recommendations of the GCC Ministers of Interior, who met in Kuwait in November 2014. The decision was later approved by the GCC Supreme Council in December last year. Since then, the member states of the GCC have been working on the project.