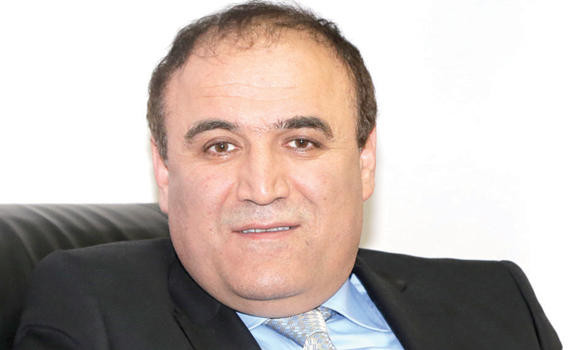 Ar-Riyadh Development Authority (ADA) has awarded the contract to Yuksel, while the local Alinma Bank has extended SR872 million project financing facility to implement project.
Yuksel has received the letter of intent.
“The project mainly includes road rehabilitation schemes, construction of 21 pairs of Bus Rapid Transit System Stations, 2574 community bus stops and 7 pedestrian bridges in the Saudi capital city,” said Ahmet Halavuk, Yuksel’s general manager.
As is typical of the BRT systems, he said that the new line would allow rush-hour buses to travel in bus-only lanes specifically highway shoulder lanes with the aim of reducing traffic period and easing the time of commute.
Ahmet said that the BRT would be an efficient, high capacity, and cost effective transit solution that many global cities are using at the moment.
Through the utilization of exclusive lanes, off-board fare payment and platform level boarding; well-planned and delivered BRT systems with clean buses can provide metro-quality service at a fraction of the cost.
This will be generating enormous shift from private car to public transportation systems, explained Ahmet, who has taking keen interest in promoting Saudi-Turkish harmonious bilateral relations.
Arab News caught up with Ahmet to know more about new project, Yuksel’s other projects in Saudi Arabia and GCC countries as well as the company’s pioneering role in constructions of dams and implementation of key infrastructure projects across the length and breadth of the country.

Here are the excerpts
of the interview:

Q: Many congratulations for winning the SR2.29 billion prestigious BRT project from ADA. How confident you are to implement this project?
A: We are quite confident and we will complete and deliver it on time.
According to ENR (Engineering News Record) rankings, Turkish contractors has big share in the world in which Yüksel is also listed.
With high quality commitment capability and massive experience in the international construction market, we are always encouraging Turkish contractors to invest in Saudi Arabia considering its market stability and long term infrastructure and housing projects as well as we are also trying to increase our market share.
As being Saudi-Turkish contractor with our experience exceeding 30 years in the Saudi market, we play a key role in business between the two countries.
In fact, Yuksel name is well known with its quality and on time construction ability in the Saudi construction market.
Our strong name has an added value to help us on implementation of this prestigious project.
We have already mobilized workers and in fact the workers’ mobilization has been started before the project was even formally awarded to us. So we are committed to successfully execute this significant project.

Q: Yuksel has been playing a pioneering role in the construction sector of the Kingdom. On the other hand, your company and you in person have evinced keen interest to promote Saudi-Turkish ties. What is your perception about the relations between the two countries now?
A: Engineers are uniquely qualified to be managers and leaders, in large part because they understand systems-thinking so well.
Once you understand that organizations are simply systems of people, then you’ve got it made.
This is what I do with the company and with Saudi agencies.
Recently, the number of tourists visiting Turkey from Saudi Arabia recorded an increase by 30 percent.
I understand that once Saudis become fully aware of the historical and cultural beauties of Turkey as well as the hospitable nature of our people, the people-to-people interaction will grow by manifold.
In the meantime, we know that Saudi citizens are investing in Turkey mainly in real estate sector by having land and apartments in Istanbul, Bursa, Trabzon etc.
On the other hand, Saudi companies are also investing in agriculture and energy sectors in Turkey.
So, we believe that by knowing each other Saudi-Turkish relations will become much stronger.

Q: I would like to know the specifics of the BRT project, as it will change the landscape of the capital city. What is the strategy and how do you plan to handle this key project— the third phase of Riyadh Bus Rapid Transit System (BRT)?
A: Thank you. Yes, indeed it is a key project. With a manpower of more than 300 members at the initial stage, we aim to consolidate our position as the time progresses providing value based qualified services, because it is an important project for the city, which will end its traffic congestion and ensure smooth traffic in the capital and can attract more favorable economic impact for the city.
We are very much hopeful to finish it well on time.
The project, once implemented, will alleviate the sufferings of daily commuters.
Bus and Metro transport, which is connected to each other logistically as there is huge congestion on busy roads, will help to solve the traffic problems which will be compounder further with the consistent growth of Riyadh city.
We wish to complete the BRT project in the given period of time.
?
Q: What is the time frame to complete the BRT project ? Don’t you think it is very short time, keeping in view the value, the scope of work and the technical skills required for the project?
A: It is 24 months’ period and Insha’Allah we will finish this task for this premium transport system for Riyadh city on time.
We are planning to add 4,500 employees in addition to available 3,500 work force of the company to complete the ambitious transport plan on time.
?
Q: Besides this BRT system, are there some other projects currently being executed by Yuksel?
A: Yes, there are flyover and bridge projects for smooth traffic system and the progress has reached about 50 percent.
It will be completed by May 2016,?which is also on time.
Moreover, we have one pipeline project for the Ministry of Water valued at SR610 million and an infrastructure project for Dammam University, which is worth SR350 million.
We are also executing infrastructure project in King Faisal University which is worth SR245 million.
We also have four renovation projects for hospital development, including in Al-Kharj and Al-Ahsa worth around SR430 million.
Furthermore, we have almost completed SR220 million desalination plants in the Kingdom and a major SR550 million project to develop King Khalid Air Base with an American company.
This is in addition to the ongoing SR630 million project of Riyadh governorate.

Q: In all, how many projects Yuksel has so far implemented in Saudi Arabia? What will be the cumulative value of all these projects?
A: The number of projects we have finished so far is 39 worth SR8.12 billion.
We are eyeing more projects in Saudi market and the Gulf market at the moment.
We started working in the Kingdom way back in 1983.
In fact, our technical capabilities, our on-time performance, our manpower strength and eventually delivery of projects in stipulated timeframe have impressed our valuable clients not only in Saudi Arabia, rather across the globe.

Q: Is Yuksel working to cut reliance on foreign workers and provide more employment to Saudis? How far you are following the Nitaqat program guidelines?
?A: Yuksel is probably one of the few companies enjoying platinum level of acceptance as per Nitaqat guidelines.
We rank highest in terms of Saudization.
We will be hiring about 400 Saudi nationals for the BRT project alone.
We are working with more focus on Saudization program and at the core of it is our training of the Saudi youth and employing them as per Nitaqat guidelines.
Our motto is expansion in the Kingdom within the framework and the guidelines of the Saudization program including inclusive growth for citizens of this country.
We have made professional arrangements to fulfill this aspiration.
We have issued necessary instructions to our HR department to recruit suitable Saudi youth as per the norms.
?
Q: Besides Saudi Arabia, is Yuksel also working in other GCC countries? Which are the major projects, you have undertaken in those countries?
A: Yes, We are also working in other GCC countries on several projects including AED795 million infrastructure development projects in Abu Dhabi as well as highway and metro projects in Qatar and Oman.
In Qatar, we are executing a part of Doha metro worth QR2.38 billion and construction of a part of Lusail development project worth QR1.67 billion.
In Oman, we have started two road projects worth $220.8 million and negotiating on third project. So we have our presence in all the GCC countries.
We are also looking at some projects in Bahrain at the moment.

Q: As a major Turkish company, what kind of projects you are currently doing in Turkey and in adjoining countries?
A: In fact, Yuksel has been a market leader in terms of building dams, marine structures, transport systems and executing industrial projects across the globe including Turkey.
Recently, Yuksel signed contract concerning the construction of TANAP (Trans-Anatolia Natural Gas Pipeline Project), one of the largest energy infrastructure projects in Turkey.
The second of the first three packages of the tender for the pipeline to carry Azerbaijani natural gas to Turkey will be carried out by a consortium comprising Sicim (Italy), Yuksel (Turkey) and Akkord (Azerbaijan).
The scope of the $540 million contract covers the construction of a 450 km-long pipeline 56 inches in diameter.
The project is planned to be completed in 36 months. Starting at the Georgian border and running through Turkey transversely on an east-west axis, the TANAP will be connected to the TAP (Trans Adriatic Pipeline) on the Greek border.
Around 1,900 km in length, this pipeline is the largest-scale pipeline project of Turkey.
The first gas flow through the TANAP will take place in 2018.The aim is to gradually increase the annual capacity from 16 billion m3 in 2020 gradually to 23 billion and 31 billion m3 by 2026.

Q: Can you please brief me on your CSR part? Has Yuksel tied up with some charitable or social organizations to do community works?

A: As the Corporate Social Responsibility or CSR aims to embrace responsibility for corporate actions and to encourage a positive impact on the environment and stakeholders including consumers, employees, investors, communities, and others, we too are equally engaged in such activities.
We are also closely working with Turkish embassy on such initiatives as and when needed.
Like when there was a typhoon in Philippines, we have responded with some help to the devastated section.
Moreover, we wholeheartedly contributed during the series of quakes that devastated lives and properties in Nepal.
We are also participating with some charitable organizations and donate handsomely.