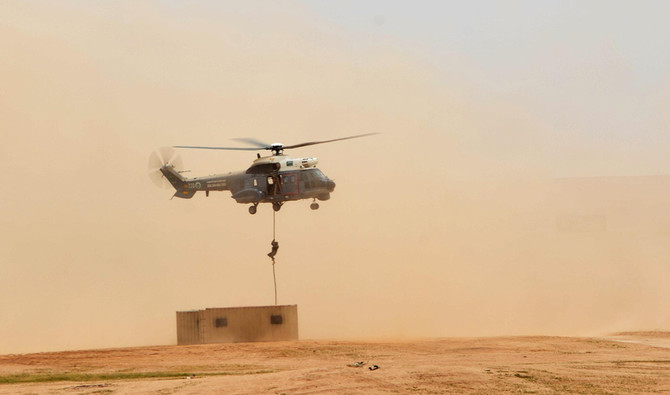 WASHINGTON: The US State Department has praised Saudi Arabia for its efforts to combat terrorism, describing the Kingdom as an active and key member in the global coalition to defeat Daesh.
“Saudi Arabia has continued to maintain a strong anti-terrorism relationship with the United States and has supported the strengthening of bilateral cooperation between the two countries,” the State Department noted in its annual report on the global state of terrorism. It also highlighted the joint strategic vision between the two countries and a number of new initiatives to counter terrorist messages and disrupt the financing of terrorism launched last year during US president Donald-Trump’s visit to the Kingdom.
The report said Saudi Arabia has implemented systems to follow UN Security Council sanctions on groups and individuals linked to Daesh and Al Qaeda, and has expanded existing counterterrorism programs and projects to rehabilitate terrorist fighters who leave extremist groups. It has also adopted laws to counter the financing of terrorist groups.
The State Department pointed out that the Kingdom has achieved a high level of accuracy in its counterterrorism operations, and has carried out a number of arrests and disrupted active terrorist cells throughout the country.
The report referred to terrorist plans that were thwarted in the Kingdom, noting the efforts being made in legislation, law enforcement and border security, as well as the country’s positive contribution as a member of the Financial Action Task Force for the Middle East and North Africa, a regional body that imposes financial sanctions on individuals and groups that help to fund terrorism.
"The Kingdom has maintained strict control over the banking sector and tightened sanctions on the financing of terrorism," the report said.
It also pointed out that the Kingdom provided 100 million euros ($117 million) to fight terrorism in the Sahel countries in Africa, as the Kingdom is a founding member of the Global Counter-Terrorism Forum.