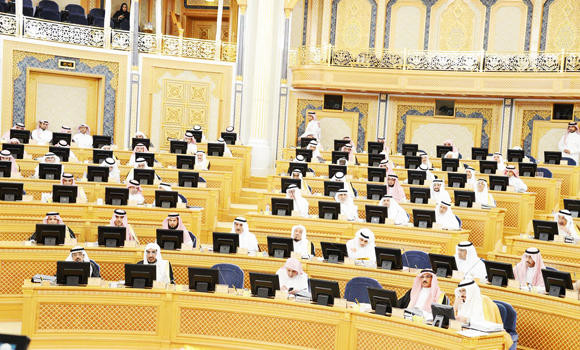 RIYADH: Shoura Council will vote to approve a defense pact with Finland here on Monday. The Committee on Security Affairs of the Shoura Council will table the draft pact titled "Memorandum of Understanding between Saudi Ministry of Defense and Finnish Ministry of Defense" to be discussed by the members and then voted on the floor of the house.
"The draft MoU between the defense ministries of the two countries was endorsed by the Kingdom and Finland early this year," said Finnish Ambassador Pekka Voutilainen, while commenting on the defense MoU currently tabled in Shoura Council. Voutilainen, however, said that he was not aware of the voting at the Shoura Council.
Referring to the main features and clauses of the MoU, he said that the MoU would further promote cooperation in defense sector and facilitate export of defense materials to the Kingdom. To this end, he noted that some defense materials are exported to the Kingdom even today and the two countries in this case continue to comply with the "export licensing procedures."
The MoU to be discussed by the Shoura Council is a binding framework agreement, which expresses the mutual understanding of the parties. Pertaining only to defense materials cooperation in the case of the Kingdom and Finland, the MoU defines the main principles and administrative provisions concerning cooperation, which have been agreed on.
The Kingdom and Finland are close allies and have reported "expanding economic cooperation," said the Finnish envoy. The two countries also signed an MoU on bilateral political consultations between the Ministry of Foreign Affairs of the Kingdom and the Ministry of Foreign Affairs of Finland way back in 2007.
Saudi Arabia and Finland signed a framework agreement on economic and technical cooperation in 1976, which is still valid. Finland, a northern European country, has had a strong defense industry with manufacturing facilities and a huge cadre of professional soldiers. Finnish defense expenditure per capita is one of the highest in the European Union.