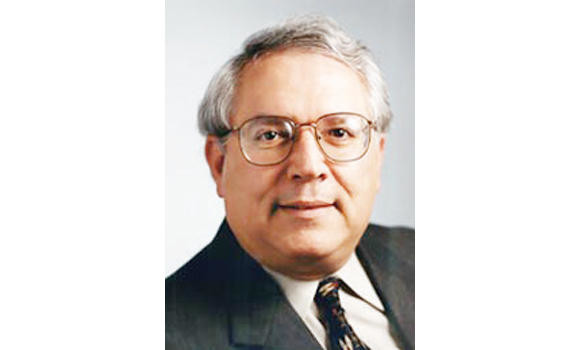 RIYADH: A pioneering Palestinian scientist and great friend of Saudi Arabia Dr. Mujid Kazimi, who contributed to the design and safety of nuclear power plants, died at the age of 67 recently. Condoling the untimely death of Kazimi, Abdullatif Al-Othman, governor of Saudi Arabian General Investment Authority (SAGIA) and president of the Saudi chapter of the MIT (Massachusetts Institute of Technology (MIT) Alumni Club said “Kazimi’s had an inspiring life.”
“Despite being born during difficult times, Kazimi persevered to become one of the world’s most sought-after nuclear engineers, while leading one of the world’s most successful nuclear engineering programs,” he noted. “Kazimi embodied the best qualities of what it means to be Arab,” said Al-Othman, adding that Kazimi was resilient in the face of adversity, and showed an “unwavering commitment to family, community, and humanity.”
“I recall meeting him at an MIT Arab Alumni event in 2007 where he spoke passionately about the need for Arab youth to become more engaged in science and technology for the sake of regional development,” the SAGIA governor said adding, “I would like to convey my sincere and deepest condolence to his wife, children, and grandchildren at this time.”
Born in Jerusalem in 1947 into what can only be described as turbulent times for the Palestinian community; Kazimi earned his bachelor’s degree in nuclear engineering from Alexandria University in Egypt in 1969. He then went to the MIT, where he earned his Ph.D in 1973. After joining the MIT faculty in 1976, he supervised 45 Ph.D theses and 80 master’s theses at MIT. During his lifetime, he wrote and published over 200 articles, as well as two textbooks on nuclear systems.
He was a member of the National Academy of Engineering, a fellow of the American Nuclear Society and the International Nuclear Energy Academy, and recipient of the Kuwait Prize in Applied Sciences in 2011. Dr. Kazimi persevered to become one of the world’s most sought after nuclear engineers, while leading one of the world’s most successful nuclear engineering programs.
He was an active member of many regional, educational, humanitarian, and developmental organizations including Al Quds University in Jerusalem, the Arab-American Anti-Discrimination Committee, the MIT Arab Students’ Organization, and the Jerusalem Fund. Despite all of his personal accomplishments, his attachment to his Arab identity and his strong sense of duty to service saw him give back to the community from which he came toward creating a better future for all.