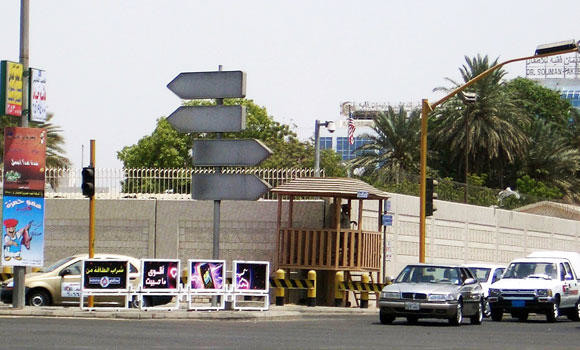 Operations at the US Embassy in Riyadh and its consulates in Jeddah and Dhahran have been halted in the wake of "heightened security concerns," it was announced on Sunday.
According to Stewart Wight, a spokesman of the embassy, "all consular services and diplomatic missions in the three Saudi cities will be cancelled for two days — Sunday and Monday."
Wight also forewarned all US citizens to be aware of their surroundings and to take extra precautions when traveling throughout the country.
He clarified that "this warning does not apply to other Gulf countries." Saudi officials contacted by Arab News chose not to comment on the issue.
Asked about the restoration of consular services, Wight said that they would "review" the situation and decide accordingly. The security advisory posted on the embassy website, however, warned Americans to be careful, as the embassy had received credible information that they could be targeted by militants.
They have also been advised to carry cell phones at all times, and to make sure their mobiles have emergency numbers pre-programmed.
Wight said that the "telephone lines to the consular sections at the US missions will not be open during the two days." He called on US nationals to contact emergency numbers in case of any emergency.
The statement on the embassy website does not mention a specific security threat and does not call for the evacuation of facilities. However, an intelligence source revealed that the security measures were triggered by a serious car bomb threat.
The embassy also warned on Friday that Western oil workers risked being attacked or kidnapped by “terrorist” groups.