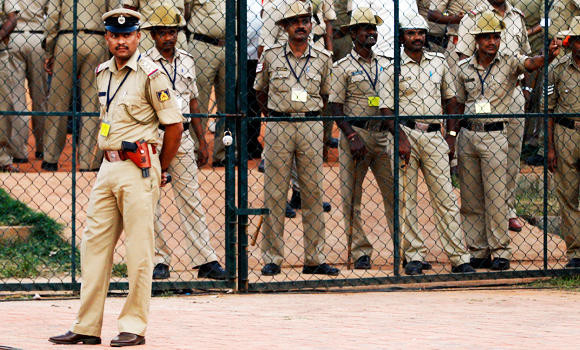 RIYADH: Senior Indian police and intelligence officials interrogated two Saudis after they were detained following their suspicious movement in Trichy, a southern city in India’s Tamil Nadu state.
Officials detained the duo — Rasheed and Abdul Rahman — after they received reports saying that one of them was spotted roaming in a suspicious manner near power stations in the city.
Arab News’ calls and text messages to Saudi Ambassador to India Saud Al-Sati seeking details went unanswered. But a senior Indian diplomat said he was “aware of the incident.” He, however, refused to comment saying that the Saudi diplomatic missions in India will be in a better position to comment.

The reports on the incident, which appeared in a section of Indian and Saudi press, said the security staff at one of the three power stations called the police and expressed his suspicion about Abdulrahman. Security staff confirmed that he did not enter any of the facilities but approached power station staff and talked to them.
On learning about their suspicious movement, Indian security agencies swung into action and immediately detained the men. The only charge against the duo was “suspicious movement” near the plants. Security outside the power plants is the responsibility of the state police in India.
Policemen also conducted an extensive search before the interrogation but nothing incriminating was found.
Prominent Indian daily, The Hindu, said the two, hailing from Buraida, docked at the port of Kochi on the southeast coast of India on Aug. 14 holding tourist visas and then reached Trichy on Aug. 22.
The daily said Abdul Rahman was an employee at an electricity company in Saudi Arabia and came to Trichy to recruit technicians for his company.
Sources said Rasheed was a relative of Abdul Rahman.