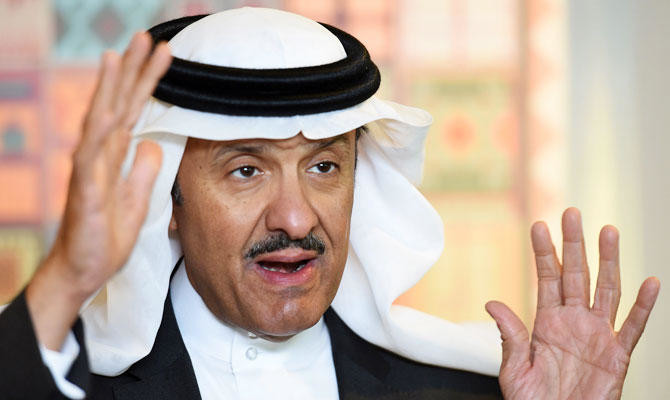 RIYADH: Prince Sultan bin Salman, president of the Saudi Commission for Tourism and National Heritage (SCTH), and Prof. Bae Kidong, director general of the National Museum of Korea, will jointly inaugurate the first-ever exhibition of Korean history and culture on Dec. 19.
The three-month long cultural jamboree will feature glorious history and heritage of South Korea in the Kingdom.
“The SCTH and the Korean National Museum are jointly organizing this exhibition on Korean history and culture from Dec. 19, 2018, to March 15, 2019, in Riyadh,” said Korean Ambassador Jo Byung-wook. Jo said the exhibition is the continuation of a series of cultural exchanges between the two countries that started with the “Roads of Arabia” exhibition jointly organized by the SCTH and the Korean National Museum in Seoul last year.
The “Roads of Arabia” exhibition was a huge success that attracted tens of thousands of Koreans to Saudi history and culture, he added.
We expect the Korean culture and history exhibition in Riyadh to be equally successful,” said the envoy.
“The Korean exposition will promote the mutual understanding and goodwill between Korea and Saudi Arabia,” he said.
He said the total number of Saudis, who visited Korea in 2017 exceeded 11,300, which represents a marked increase over the past years.
“In fact, it is very encouraging to see more and more Saudis choose Korea as their destination for business, tourism, higher education, and health care,” he added.
The top diplomat said more than 440 Saudi students are currently studying in Korea.
Korea, he said, has played a key role in the development of the Kingdom’s infrastructure while Riyadh has been a stable energy supplier to Seoul.