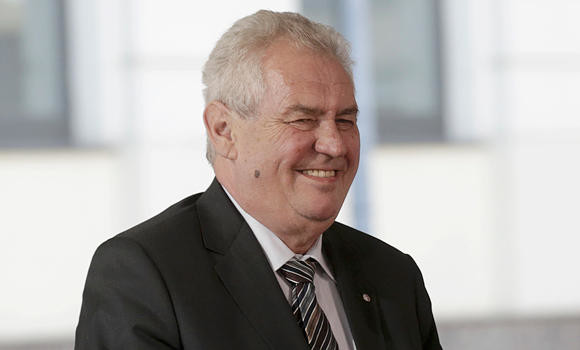 RIYADH: A major Saudi-Czech business meeting has been canceled by the Kingdom because of anti-Islam statements made by a Czech official targeting Islamic countries, Abdul Rahman Al-Zamil, president of the Council of Saudi Chambers (CSC), confirmed on Wednesday.
Al-Zamil, who also heads the Riyadh Chamber of Commerce and Industry (RCCI), said: “I have seen the reports and I can confirm the cancellation of the Saudi-Czech business meeting … but I can’t give specific details with regard to our position now.”
Other CSC officials downplayed the report, which was first carried by Al-Watan daily.
The report coincides with the publication of a comprehensive interview with Czech President Milos Zeman in a section of the Saudi press Wednesday. Zeman, in the interview, spoke in a candid and conciliatory tone while recalling the historically close Czech-Arab relations.
Czech Ambassador Jiri Slavik said he was hopeful of the cordial relations ahead. “I have sent a note to the Saudi Foreign Ministry requesting a meeting … I expect to meet Saudi officials soon, and discuss the deadlock,” he added.
Bilateral relations soured after Zeman gave some anti-Muslim statements following the attacks on the Jewish Museum in Brussels several years ago. In response, Saudi Arabia launched a diplomatic offensive against the Czech Republic. Since then, Czech-Saudi ties have been strained.
Prague fears the rift might spill over into the economic sphere if there are no efforts toward reconciliation.