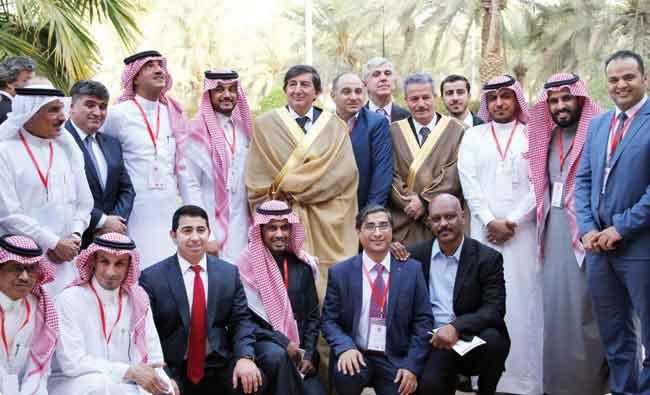 RIYADH: Turkey, the guest-of-honor country at the Saudi armed forces exhibition (AFED 2018), has shown keen interest in working closely with Saudi Arabia to build Saudi defense capabilities.
Such a move will help the Kingdom to develop an indigenous defense industry, and to design as well as manufacture defense platforms, products and technology within the framework of Vision 2030.
This was disclosed by Turkish Ambassador Erdogan Kok on Saturday. Kok pointed out “a total of 24 top-notch Turkish companies will display a large number of products, including military hardware and service components, at the exhibition.” He said a high-ranking delegation comprising officials of the Turkish Defense Ministry and industry leaders led by Dr. Ismail Demir, chief of the Turkish defense industry, will participate in the opening ceremony of AFED 2018.
Kok pointed out that strategic ties between Turkey and Saudi Arabia in the fields of defense and military cooperation are flourishing. He said that the week-long AFED exhibition will serve as a unique tool for deepening military?technical cooperation between the countries. This is a significant step as developing a military industrial base is an ambitious and attainable goal in Vision 2020.
The envoy said “Demir will hold talks with high-ranking Saudi leaders and senior officials on the sidelines of the AFED.” He also noted that “the next meeting of the Saudi-Turkish Coordination Council, which discusses and deliberates all aspects of bilateral relations between the two countries, will take place in Riyadh soon.”
Turkey, which has the second-largest standing military in NATO, has fielded advanced communications and information systems with focus on helicopters, unmanned aerial vehicles and sensors, said a report released on this occasion.