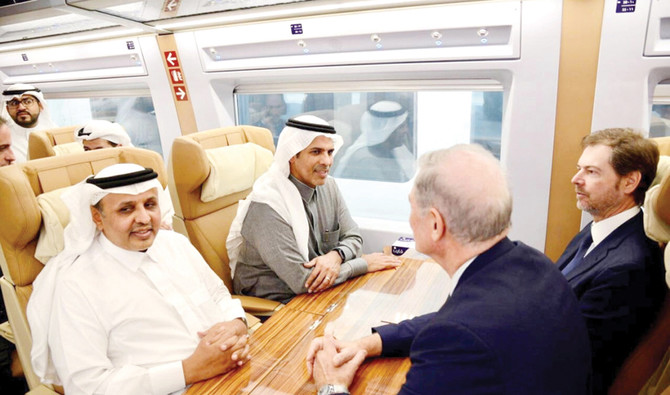 RIYADH: Saudi Arabia and Spain have renewed their pledge to boost cooperation in several areas, especially in civil aviation, labor and social development, culture, science and technology, as well as the defense industries.

“The agreements to promote cooperation in these identified sectors were signed during the visit of Crown Prince Mohammed bin Salman to Spain recently,” said Alvaro Iranzo, the Spanish ambassador, on Saturday in Riyadh.

“Spain is ready and able to join efforts with Saudi Arabia toward the fulfillment of the objectives of Vision 2030, particularly in the process of modernization and diversification of the Saudi economy, promoting transfers of knowledge and energizing cultural and human exchanges for the benefit of our two peoples.”

“The total value of exports and imports to/from Saudi Arabia reached approximately €5.5 billion in 2017,” he said, “but our ambitions go far beyond these figures.” The envoy said that the presence of Spanish companies was growing steadily in the Kingdom and these companies had been entrusted with key projects such as the Riyadh Metro.

On the status of the Haramain Railway Project being implemented by a consortium of Spanish companies, he said that “the importance of the Haramain Railway project for both our countries goes beyond economic figures … this high-speed train will transport, every year, millions of Muslims between the two holy cities of Makkah and Madinah. Its symbolic value is unique, and it will be a showcase of Saudi-Spanish joint cooperation in cutting-edge engineering works.”

“I have boarded the train on a few runs now that it is in service demonstration mode and I am impressed by the progress made this far,” he said, adding that the project was expected to be in commercial operation soon. Besides commercial relations, he said, the Kingdom and Spain have also forged closer ties in culture and tourism.

Spain was one of the most preferred destinations for Saudi businessmen and tourists. “More than 73,000 people from Saudi Arabia visited Spain in 2017,” he said, highlighting the growing Saudi interest in Spanish culture, history, gastronomy and sports.

“We can learn from each other’s experience, we have the experience and the know-how, and more than 80 million tourists visit my country every year.” Many Spaniards would be delighted to visit Saudi Arabia and enjoy its hospitality and wonderful historical sites, he said.