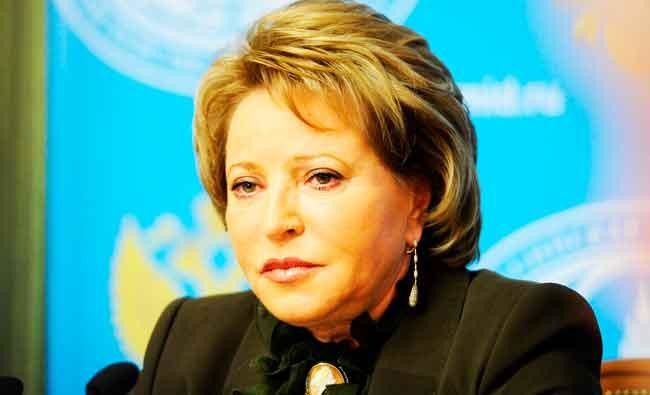 RIYADH: Lawmakers from Russia’s upper House of Parliament arrived here Saturday night. The 15-member delegation led by Valentina Matviyenko, Russia’s Federation Council speaker, will meet with King Salman and Saudi officials and hold talks with her counterpart at the Shoura Council here on Sunday.
“The delegation includes eight members of the Russian Parliament besides seven officials,” said a spokesman of the Shoura Council Saturday.
“The Russian speaker will also hold talks with Deputy Crown Prince Mohammed bin Salman, minister of defense, during her stay in Riyadh.”
Shoura Council speaker Abdullah Al-Asheikh will host a lunch banquet for Matviyenko on Sunday.
Discussions are expected to focus on Russian-Saudi relations and inter-parliamentary cooperation between the two countries.
According to reports published in the Russian press, Matviyenko hopes to join forces with Riyadh in the fight against terrorism. Moscow is eager to develop cooperation with the Kingdom, especially in the security field in the Middle East and North Afric