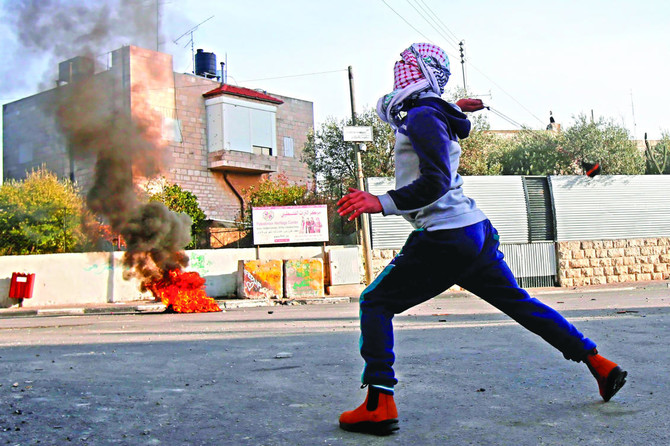 RIYADH: Turkey has called on the 57-nation Organization of Islamic Cooperation (OIC) to develop a strong “concerted response” to US President Donald Trump’s belligerent decision to recognize Jerusalem as Israel’s capital.
The call was made here Sunday, ahead of the OIC summit to be convened in Istanbul on Wednesday.
Turkish Ambassador Yunus Demirer, whose country holds the chairmanship of the OIC, called upon the member countries to convene in Istanbul in order “to develop a concerted response in defense of the sanctity of Al-Quds.”
Demirer added: “Turkey deeply resents the recognition of Jerusalem as the capital of Israel by the US.”
He said that “the OIC’s emergency summit will be preceded by the OIC Council of Foreign Ministers meeting on Dec. 13 itself.”
Referring to Trump’s announcement on Jerusalem, Ambassador Demirer said: “The US decision does not only go against the rules of rationality and conscience, but it is also a major breach of international law, especially Security Council Resolution 478, which the US endorsed erstwhile.”
“Turkey has also reacted strongly in protest against this decision which threatens to overthrow decades of peace negotiations,” the envoy noted. He described it as an “unsavory move that defiles the sanctity of a city, where the sacred places of the three celestial religions have coexisted.
“The OIC summit will also discuss the repercussions of the recognition by the US of Al-Quds as a capital of Israel,” said astatement released by the Jeddah-based OIC on Sunday.
The statement added that “the OIC foreign ministers will hold an extraordinary meeting on the same morning (Wednesday) to discuss the US move in a unified and coordinated manner.”
The OIC summit has added significance keeping in view the international condemnation and protests that have erupted in many countries following Trump’s announcement.
The issue will also be high on the agenda during Russian President Vladimir Putin’s visit to Ankara on Monday. According to reports, the Russian leader, already scheduled to visit Egypt on Monday, will travel to Turkey on the same day for talks with President RecepTayyip Erdogan on the Jerusalem crisis and the situation in Syria.
Predicting the outcome of this emergency OIC summit, Bekir Bozdag, Turkey’s deputy prime minister, said: “The Palestine question goes beyond the Palestinians. We should not consider it a local issue. Palestine and Jerusalem is the common cause for all Muslim countries.”
Speaking to broadcaster Kanal 7, Bozdag said: “Turkey has long supported very clear policies on the Palestine-Jerusalem issue and will continue to advocate these loud and clear policies.”
The minister repeated Erdogan’s remark that the status of Jerusalem was a “red line” for Muslims living in different parts of the world. A number of heads of OIC states, including top diplomats and high-ranking officials, are expected to attend the summit.
Malaysian Prime Minister Najib Razak and Indonesian President Joko Widodo have already confirmed their participation at the Istanbul summit.