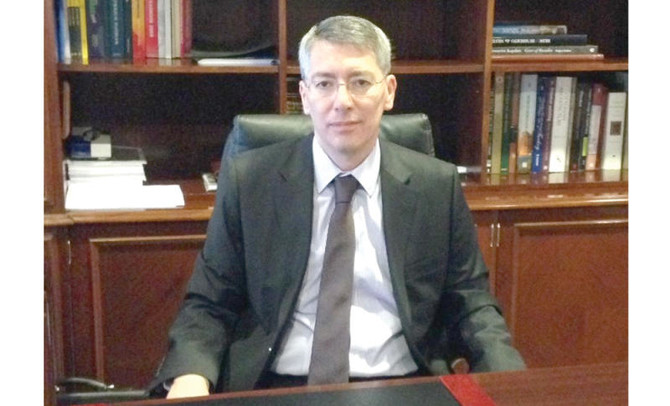 RIYADH: Saudi-Turkish ties are poised to reach new heights following the formation of the high-profile Strategic Cooperation Council, which has the mandate to strengthen military, economic and investment cooperation between the two countries.

The council, whose first meeting will be after the annual pilgrimage, has set up eight working groups entrusted with the task of mapping out plans and projects in specific fields, Turkish Ambassador to Saudi Arabia Yunus Demirer told Arab News in an interview here Saturday.
Demirer, who spoke about the growing relations between the two countries, especially in the field of defense and economy, said that the council is co-chaired by Foreign Minister Adel Al-Jubeir and his Turkish counterpart Mevlut Cavusoglu. The envoy said that the Kingdom has beefed up its presence in Turkey, and deployed fighter jets to expand its role in the coalition fighting Daesh in Syria.
“The deployment of Saudi aircraft at Turkey’s Incirlik air base is part of the US-led campaign against the Daesh,” said Demirer who also asserted that the Strategic Cooperation Council will serve as the "key element" in strengthening bilateral ties.
Referring to the situation in Turkey after the attempted coup, the envoy invited businessmen and tourists from the Gulf countries to visit Turkey, where peace and normalcy have been fully restored.
“In fact, Turkey has become more politically stable, more peaceful and even more business friendly after the coup attempt,” said the diplomat, thanking the Saudi government for supporting Ankara during the short period of destabilization.
Demirer also urged key Gulf allies to lend their support “to deal with terror organizations like Fethullah Gulen Terrorist Organization (FETO), which was responsible for the coup attempt”.
“The Turkish nation thwarted the plot. The people of my country displayed historic solidarity and stood bravely in front of the guns and tanks to reclaim legitimacy and democracy,” said Demirer, adding: “Last but not the least, our friendly countries, especially the brotherly nation of Saudi Arabia, demonstrated a firm stance against the attempted coup.”
He pointed out that Custodian of the Two Holy Mosques King Salman personally called President Recep Tayyip Erdogan to whom he offered his full support. He also expressed solidarity with the Turkish nation.
“Moreover, Saudi authorities are also working closely with Turkish officials within the framework of investigations that were initiated in the wake of the coup attempt,” he said.