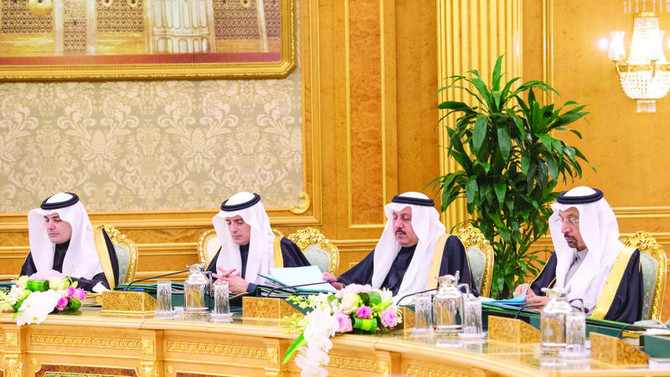 RIYADH: Saudi Arabia has announced plans to reduce its reliance on foreign workers by recruiting only highly-technical workers and monitoring investments closely.
“The Kingdom will now be more selective in hiring foreign workers,” said Ibrahim Al-Assaf, finance minister, while giving highlights of the annual budget announced by Custodian of the Two Holy Mosques King Salman here Monday.
Al-Assaf said that the Kingdom had made substantial progress in training and absorbing qualified Saudi professionals and workers in different sectors.
“Hence, the plan to reduce its reliance on overseas workers is quite logical,” said the minister, while pledging to facilitate implementation and completion all “projects in the pipeline like Riyadh Metro and other mega transport projects.”
To this end, he said that the government has announced several measures to meet the financial shortfall because of the falling oil prices.
He, at the same time, allayed fears of expatriates and rejected rumors, saying that the Kingdom has no plans to introduce individual income tax in the country. There is no intention and no plans to impose taxes on the income of expatriates.
The Kingdom is home for over 10 million foreign workers.
Major labor exporting countries include India, Pakistan, Indonesia, Philippines, Sri Lanka, Bangladesh and a few African countries. More than 125,000 US and Western expatriates also live and work here. Saudi Arabia does not collect income taxes from foreigners. But, Monday’s statement released by the Ministry of Finance suggests that the finance ministry realizes that this cannot go on forever.
The statement says the ministry will review current levels of fees and fines, introduce new fees, and complete “the necessary arrangements for the application of the value added tax (VAT)... in addition to... additional fees on harmful goods such as tobacco, soft drinks and the like.” So, it appears there are still no income taxes planned, but the general concept of collecting taxes is making headway in Riyadh.
The finance ministry also plans to establish a unit responsible for public debt management, in order to improve the Kingdom’s ability to borrow both domestically and internationally, “thus contributing to the market for sukuk and local bonds,” said the statement released by the Ministry of Finance.
Another significant category of reforms mentioned in the document is a review of subsidies, including “revision of energy, water, and electricity prices gradually over the next five years, in order to achieve efficiency in energy use, conserve natural resources, stop waste and irrational use.”
“These measures will offshoot losses as Saudi Arabia increased its military and security spending in 2015 by $5.3 billion, said Economy and Planning Minister Adel Fakeih. Fakieh attributed the rise in the security spending to the Riyadh’s participation in Operation Decisive Storm in Yemen.
This was for the first time that the Saudi government disclosed the spending on security and the cost of its intervention in Yemen, which largely consists of air strikes, deployment of troops and logistics support to pro-Hadi forces.
A 2016 budget plan released by the finance ministry on Monday allocated SR213 billion to the military and security services, the largest single allocation.
It comprised over 25 percent of the total budget. On top of this, Saudi Arabia raised domestic power, water and fuel prices, and trimmed government spending for 2016, in a move to offset falling oil prices.
In fact, Saudi Arabia is to consider major changes to its high spending, low tax regime after the plunge in world oil prices saw it post a record budget deficit of $98 billion. The Kingdom exports about seven million barrels of oil a day and those revenues make up around 90 percent of the government’s fiscal revenues, and about 40 percent of the country’s overall gross domestic product.
Now, the government’s budget gap may be financed through the sale of local and international bonds.
“I’m happy they are conservative on revenue and realistic about oil in the medium term,” said Faisal bin Farhan, an investor of Saudi stocks and chairman of the Riyadh-based Shamal Investment.
“The revenue expectations for 2016 indicate the Saudi government expects oil prices to remain low throughout the coming year,” he added.
It is important to recall that Prince Abdulaziz bin Salman, vice-minister of petroleum and mineral resources, recently said that “around $200 billion of investments in energy have been canceled this year, with energy companies planning to cut another three to eight percent from their investments next year.”
In a report published recently, the prince said: “This is the first time since the mid-1980s that the oil and gas industry will have cut investment in two consecutive years.”