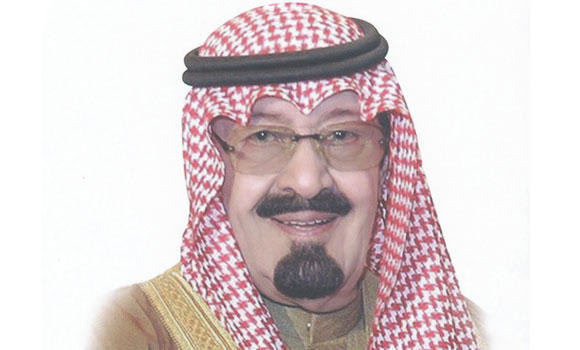 Custodian of the Two Holy Mosques King Abdullah has been invited to attend a high-profile international economic conference to discuss investment and reform initiatives of the new Egyptian government, said Affifi Ahmed Abdelwahab, Egyptian ambassador, here on Monday. The three-day event will be held in the Red Sea resort of Sharm El-Sheikh starting March 13.
“Saudi Arabia and the United Arab Emirates are partners in organizing the gathering to support the Egyptian economy,” said Abdelwahab. The two Gulf countries are strong backers of Egypt, doling out billions of dollars to support President Abdel Fattah El-Sissi’s government. The last time King Abdullah visited Egypt was in June last year, when he met El-Sissi and lent strong support to him.
In his interview with Arab News, Ambassador Abdelwahab spoke on a range of subjects including Saudi-Egyptian ties with special reference to Saudi investment in the agriculture sector. He also disclosed Egyptian plans to build a channel parallel to the Suez Canal, which will go a long way in boosting commercial traffic.
Referring to the economic conference to be hosted by Egypt, the envoy said that El-Sissi will open the event and deliver a speech during the opening session. A number of heads of states will take part in the conference, said the diplomat, adding that Cairo has sent out invitations to 110 heads of state and leaders to attend the event.
About 2,000 heads of international financial institutions and CEOs of world companies have been invited to take part in the conference. More than 3,000 invitations have also been addressed to investors and public figures. In terms of regional participation, the event will be an important platform to network for business with the participation of about 800 Saudi and Gulf investors and businessmen.
Asked about the status of the new channel to be built parallel to the Suez Canal, he said that Cairo plans to build the new channel, which will cost about $8.4 billion. This project, once implemented, will boost the capacity at the vital global waterway. Construction of the new passage is scheduled to take three years, though El-Sissi has ordered it to be completed in a year.
The project will reduce maximum waiting time for ships to three hours from 11 hours, he said.