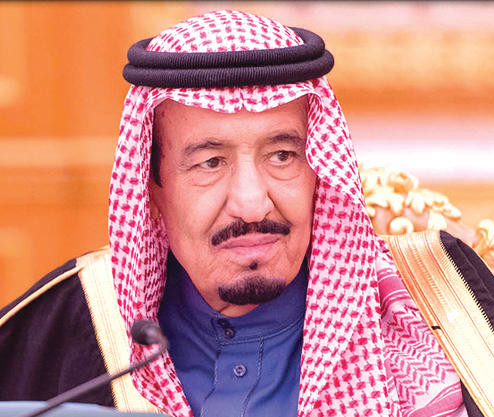 Riyadh will witness this week a flurry of diplomatic activities beginning Sunday, when Custodian of the Two Holy Mosques King Salman will meet with Turkish President Recep Tayyip Erdogan and Egyptian President Abdel Fattah El-Sissi.
The Turkish president, who arrived in Makkah Saturday night, will perform Umrah before proceeding to Riyadh for official talks.
In another meeting, “King Salman and Egyptian President El-Sissi will discuss bilateral, regional and international issues, including constructive cooperation in all areas of mutual concern,” said Affifi Ahmed Abdelwahab, Egyptian ambassador to Saudi Arabia. “King Salman has been invited to attend the Arab League summit as well as the high-profile international economic conference in Egypt,” he pointed out.
Abdelwahab confirmed that the Arab League summit would be held in Sharm El-Sheikh on March 28. On the other hand, the international economic conference to discuss investment and reform initiatives of the new Egyptian government will be organized in the same city on March 13.
Saudi-Egyptian ties are currently at an all-time high, with El-Sissi recently stating that his country’s relations with the Kingdom strengthen the security and stability in the Middle East.
The Egyptian leader commented on the issue during an interview with Asharq Al-Awsat, in which he claimed Egypt would not forget King Salman’s political stance when he volunteered in the Egyptian Army during the 1956 war, as well as his support during other turmoils in the country.
He also highlighted Egypt’s close ties with the Gulf countries, especially with Saudi Arabia.
“We will have important and constructive talks with the Saudi leadership during our visit to Riyadh on Sunday, where we will talk about issues relating to the region and the challenges that surround it,” El-Sissi said during the interview.
“One of the issues we will also talk about are developments in Yemen and how to protect marine navigation through the Bab Al-Mandeb,” he said.
Regarding details concerning Erdogan’s visit, Turkish Ambassador Yunus Demirer confirmed the arrival of the Turkish leader, saying that “the official talks with King Salman will be held on Sunday.”
Demirer, who was on his way to Jeddah to receive his president, stated that the visit of the Turkish head of state will be an opportunity for top Saudi and Turkish officials to discuss the whole gamut of issues.
Turkish media have held an upbeat tone regarding Erdogan’s visit, with several reports saying that the talks between King Salman and their premier could well turn into a timely forum for both countries to review “their differing policies in the region and seek a new realignment.” King Salman will also be host to a few other important world leaders this week.