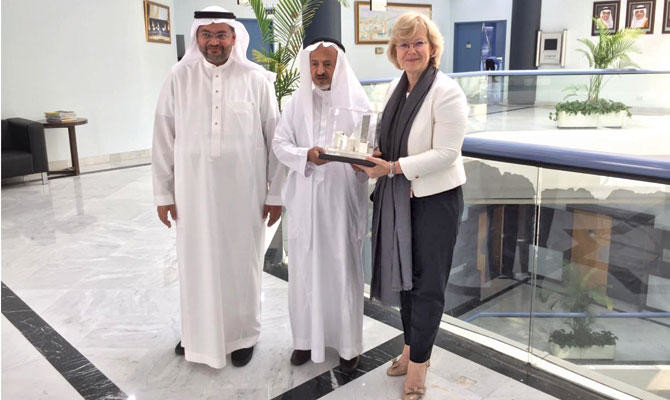 RIYADH: Latvia intends to develop its commercial and cultural relations with Saudi Arabia, with a particular focus on a number of cooperative areas including education, the economy, information technology, culture, food and food processing, Astra Kurme, Latvia’s ambassador to Saudi Arabia, said on Tuesday. The countries are also discussing plans to hold their maiden round of political talks in near future, she added.
“The Kingdom and Latvia will hold political consultations following the ratification of their memorandum of understanding by the Shoura Council,” said Kurme, who is the first envoy of a Baltic state in Saudi Arabia. “We are also talking about setting up a legal framework and endorsing agreements such as the avoidance of double taxation.”
The ambassador said that she discussed with Saudi officials possible areas of cooperation during several meetings last week at the Ministry of Foreign Affairs, Princess Nourah University, King Saud University and at Jeddah Chamber of Commerce and Industry.
“One of the potential projects can be establishing an Arabic language and culture center in Latvia,” she said, adding that there are also many opportunities to work together in the fields of information technology and cybersecurity.
Some Latvian companies already have a direct or indirect presence in the Gulf region, Kurme said. She also pointed out that Latvia has some of the fastest internet connections in the world, having taken major step to develop high-speed internet, and that there are plenty of commercial opportunities for both countries.
She noted that Air Baltic already flies to Abu Dhabi four times a week and that Turkish Airlines and Lufthansa also serve the Gulf-Latvia sector.
Latvia welcomed a large number of Saudi tourists this summer, said Kurme, adding that Latvia is celebrating the 100th anniversary of its independence this year.