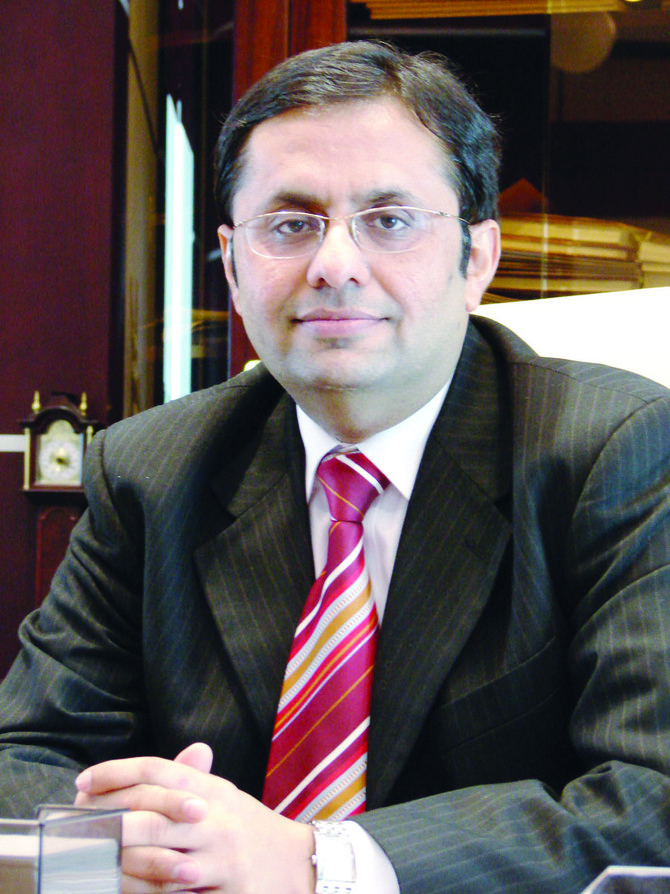 Danube, a regional leader in construction, building materials and shop fitting industries, has announced plans to invest SR300 million into its Saudi operations in the coming years. "The company has already made millions of riyals of investment in the Kingdom as part of its ambitious expansion plan to open 10 Danube showrooms within three years from now," said Rizwan Sajan, Danube founder and chairman, in an interview here Tuesday.
Sajan said: "The company foresees strong demand for building materials in Saudi Arabia, which prompts us to continue investing in the Kingdom." He pointed out that the company opened its newest showroom for building materials in Riyadh last Monday. "This multimillion riyal showroom is the latest addition to the company's growing number of facilities in the member states of the Gulf Cooperation Council (GCC)," he added.
Fahad bin Hamad Al-Hammady, chairman of the construction committee at Riyadh Chamber of Commerce and Industry (RCCI), opened the new showroom in the presence of Sajan and other top company executives. Located at Prince Salman Street in the Saudi capital, the retail showroom is spread across 175,000 sq ft. with a showroom and warehouse. The store, which has thousands of items exhibited under one roof, provides an easy access for contractors, architects, builders and homemakers.
Outlining the expansion of Danube in the Gulf, Sajan said: "This 35th showroom of Danube in Riyadh marks the expansion of the company's operations and represents a significant step in its strategy to establish a retail network spanning the whole region." The inaugural ceremony of the showroom was attended by a large number of Saudi officials, top executives and construction industry leaders.
Among them were Almudhan Group's CEO Mofareh A. Aljahbli, Syed Sultanuddin, Danube's operations manager, RCCI officials and a large number of industry leaders. Sajan said Danube showrooms have on offer 25,000 items, reasonably priced, well-catalogued and physically stocked under one roof for customers' convenience.
The one-stop shop concept offers products like timber, structure steel, sanitary ware, aluminum cladding, veneer, doors, plywood, MDF, gypsum boards, fire solutions, decorative panels, laminates, flooring, ceiling, hardware, electrical, ceramic tiles, steel rebar's, etc., in a new format. The showroom has qualified staff who offer professional consultancy solutions to all its customers, he added.
Asked about Danube's involvement in community welfare projects, Sajan said the company had been associated with several charities and social causes. Danube has teamed up with the Dubai-based Association of Professional Interior Designers (APID) to organize a GCC award ceremony entitled "Danube Student Interior Design Competition" in the UAE today. APID, in association with Danube, has launched the Danube/APID Student Design Competition.
The competition is open to all students currently enrolled in interior design program at any GCC institution. "In fact, 176 individuals and teams with a total participation of 264 students from different Gulf countries make this a great beginning for this event that is being promoted to celebrate World Interiors Day," said the Danube chief. He added that Danube would promote such events and social causes in the future with "full support and enthusiasm."
The company signed up India's legendary cricketer Sunil Gavaskar as its brand ambassador only a few weeks ago. "Involving Gavaskar is just the beginning. As time passes we will take steps to start a few cricket tournaments keeping in mind the interest of the people in the GCC as this game is played around the year," he said. In fact, Danube will seek Gavaskar's help in getting these tournaments organized.
Since its establishment in 1993, Danube has been promoting community initiatives. The company has grown from a small trading firm to one of the largest building materials company in the region. Danube retail stores have earned a strong consumer following and acceptance due to its reputation of providing customers with high quality, world-class products for home and commercial use, Sajan said. Danube has had substantial presence in the UAE, Bahrain, Muscat, Saudi Arabia, Qatar, India and China.
"But, the sky is the limit for expansion, and there are lots of markets that still need to be tapped, like Sri Lanka, Africa, Libya and Pakistan," he added. Danube operates from its head offices in Jebel Ali Free Zone in the UAE with logistics facilities, which amount to five million square feet and includes kiln drying facility, factory and warehouses of the group. From a small trading firm, Danube has grown into one of the largest building materials company in the region, with its diversified branches worldwide including China and Canada. Danube has a team of 1,600 plus people working across the Middle East and India.