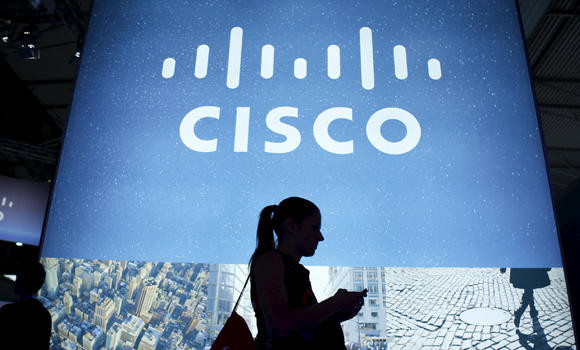 RIYADH: A top Cisco executive has called on companies and organizations to be more vigilant in developing integrated security solutions as cyber attacks are becoming more and more sophisticated.

The call to intensify vigilance and to assign the right people, processes and technology to counter them was made by Mohammed Alabbadi, general manager of Cisco Saudi Arabia, here Sunday.
Commenting on the Cisco midyear security report, Alabbadi said: “Adversaries continue to innovate as they slip into networks undetected and evade security measures.” The report, which analyzes threat intelligence and cyber security trends, reveals the critical need for organizations to reduce time to detection (TTD) in order to remediate against sophisticated attacks by highly motivated threat actors.
He said: “The security industry must provide vastly improved, yet meaningfully simplified, capabilities for detecting, preventing, and recovering from attacks. This is where Cisco is leading. We are regularly told that business and security strategies are the top two issues for our customers, and they want trusted partnerships with us,” the Cisco chief added.
The report also revealed that Saudi business entities and regional firms are poorly equipped to deal with cybertattacks. Globally also, the situation is not that satisfactory. In fact, it has been estimated that the businesses and organizations have been losing up to $1 trillion annually because of the cybertattacks.
Alabbadi referred to security capabilities that the report sheds light on and said that the report findings also underscore the need for businesses to deploy integrated solutions, work with trustworthy vendors, and enlist security services providers for guidance and assessment.
The Cisco report also discusses how a cohesive cyber-governance framework can be a step toward sustaining business innovation and economic growth on the global stage.
Other key findings from the study include the exploits of Adobe Flash vulnerabilities, which are increasing. They are regularly integrated into widely used exploit kits such as angler and nuclear. The report said that operators of crime ware, like ransom ware, are hiring and funding professional development teams to help them make sure their tactics remain profitable.
The report said that Malware authors are increasing their use of techniques such as sandbox detection to conceal their presence on networks. “Spam volume is increasing in the United States, China, and the Russian Federation, but remained relatively stable in other regions in the first five months of 2015,” it noted. The security industry is paying more attention to mitigating vulnerabilities in open-source solutions.
The Cisco report also called for putting in place integrated threat defense. “As the security industry addresses increased fragmentation, a dynamic threat landscape, and how to cope with a rising shortfall of skilled talent, businesses must invest in effective, sustainable and trusted security solutions and professional services,” said the report.
Referring to the Global cyber governance framework, the report said that the global cyber governance is not prepared to handle the emerging threat landscape or geopolitical challenges. The question of boundaries — how governments collect data about citizens and businesses and share among jurisdictions — is a significant hurdle to achieving cohesive cyber governance as worldwide cooperation is limited, according to the report.
“A collaborative, multi-stakeholder cyber governance framework is required to sustain business innovation and economic growth on a global stage,” said the report.