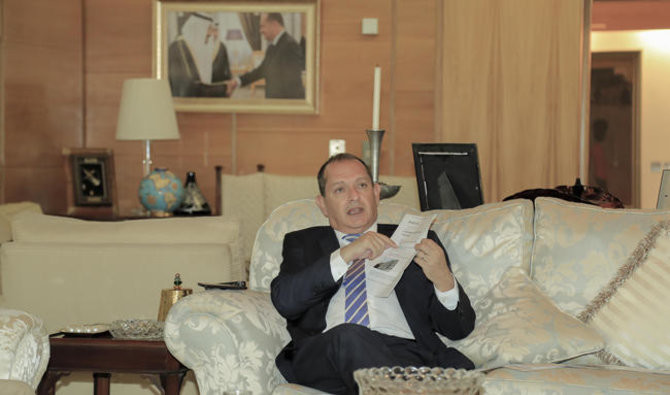 RIYADH: Saudi Arabia and Great Britain have set out a new vision of their bilateral relationship, with an ambitious target of achieving $90 billion in trade and investment opportunities in the coming years, said Simon Collis, British ambassador to the Kingdom.

A number of other commercial initiatives have been lined up within the framework of the newly created UK-Saudi Strategic Partnership Council following the visit of Crown Prince Mohammed bin Salman to Britain.

Close on the wheels is a high-profile meeting of Saudi and British tech entrepreneurs on April 24 in London, which will further boost ties. These remarks were made by Collis, who inaugurated the Lulu British festival in Riyadh on Sunday.

The festival aims to mark the deeper ties between the two countries which will run until April 28. It will serve as a platform to promote the best of British brands among the local as well as expatriate communities in Saudi Arabia.

Collis said that the two countries are witnessing a surge in trade, especially in exports of “fresh products from Britain.”

He pointed out that the strategic council will serve as a key mechanism for discussing and developing all aspects of the bilateral relationship, including UK support for Vision 2030; on security, defense and international humanitarian assistance; and on regional and international issues.

Both countries committed to a detailed plan to deliver this agenda with further meetings in 2018, he added.

The Saudi British Joint Business Council is also hosting the ambitious partnership forum to bring together some 100 Saudi and British small-to-medium enterprises, investors, business incubators and supporting organizations in the smart cities and e-commerce sectors in London on April 24.

The forum is being held at Level39 in Canary Wharf, Europe’s leading center for finance, cybersecurity and smart-city technology businesses.