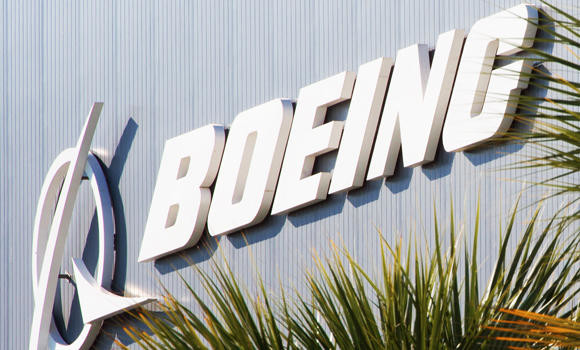 RIYADH: Boeing, a US multinational giant that manufactures and sells airplanes, rotorcraft and satellites, has signed an agreement with Saudia Aerospace Engineering Industries (SAEI) and Alsalam Aircraft Company to establish the Saudi Rotorcraft Support Center in Saudi Arabia. The deal, announced here Thursday, will boost capabilities of the Kingdom in commercial and defense aviation sectors.
The joint-venture rotorcraft center will have locations in Riyadh and Jeddah providing comprehensive maintenance and overhaul support for Saudi Arabia’s diverse rotorcraft fleet.
“Boeing is always looking at innovative ways to offer customers the highest level of service and support,” said Leanne Caret, president of Boeing’s Global Services & Support Business, while speaking on this occasion.
Caret further said that “the Saudi Rotorcraft Support Center builds on our decades-long partnership with the Kingdom. When it’s fully operational, the Saudi military will have a national asset that affordably enhances the readiness of their rotorcraft personnel and fleet.”
Through in-country cooperation, the companies are focused on technical and aerospace skills development for local workers.
Spelling out the features of this joint-venture agreement, Ahmed Jazzar, president of the Boeing Saudi Arabia Ltd., said: “This collaboration brings together the expertise of three world-class companies to further strengthen the local industry in the Kingdom.”
“By engaging Saudi industry, we are developing new business opportunities that foster broader capabilities in Saudi Arabia,” he added.
The joint venture will support the Kingdom’s commercial and defense rotorcraft platforms, including the Boeing-built AH-64 Apache, H-47 Chinook and AH-6i. In fact, Saudi market represents about 70 percent of sales of Boeing Business Jets to the Gulf region primarily because of the fact that Boeing enjoys strong relationship with the Kingdom for the last 70 years.
Hence, this Rotorcraft Support Center will “strengthen and diversify the Saudi nationals’ skills … contributing to the Kingdom goals of localization, economic growth and transfer of state-of-the art technology,” said Nader A. Khalawi, chief executive officer of SAEI. “Designed to meet the growing demand for support to the Kingdom’s expanding fleet of military and civil helicopters, this is an in-country capability of which we can all be proud,” he observed.
Speaking on behalf of Alsalam Aircraft Company, Mohammed Fallatah, Alsalam president said, “we take pride of being part in this joint venture project, which adds an integrated state-of-the-art rotorcraft maintenance and support capabilities in the Kingdom.” The project will create more job opportunities for Saudi nationals in this rapidly growing sector, he added.
Boeing, an American multinational corporation that designs, manufactures and sells airplanes, rotorcraft, rockets and satellites, enjoys a strong and long-standing relationship with the Kingdom. It is a partnership that began on Feb. 14, 1945, when US President Franklin D. Roosevelt presented a DC-3 Dakota airplane to King Abdulaziz Al-Saud. This event marked both the beginning of the Boeing relationship with Saudi Arabia and the birth of aviation in the Kingdom.
Boeing is a top US exporter which supports airlines and US and allied government customers in about 150 countries including Saudi Arabia and the other Gulf states. Boeing products and tailored services include commercial and military aircraft, satellites, weapons, electronic and defense systems, launch systems, advanced information and communication systems, and performance-based logistics and training.