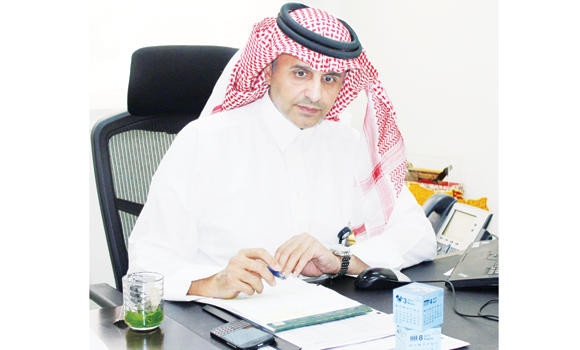 Fawri, a popular remittance wing of the leading bank of Saudi Arabia, Bank AlJazira (BAJ), has announced plans to open 60 model money transfer centers within next three years in an effort to maximize its reach among customers and to add new services to its portfolio.
Fawri is the only market player in the Kingdom today to have a vast network of about 400,000 payout locations in more than 200 countries.
This was disclosed by Sami Hamad Al-Rajhi, BAJ’s senior vice president and head of banking service group, in a special interview here on Saturday.
Al-Rajhi spoke at length about the relatively new remittance service Fawri, which is becoming increasingly popular among expatriate workers and Saudi nationals. Anwar Ahmed Wajid Khaja, Fawri manager for products and partners, was also present.
Al-Rajhi, who is the chief of ‘Fawri Money Transfer Services’ at BAJ said that Fawri centers have become the first in the country to have WiFi facility for providing high-speed Internet to customers, who walk into the centers for remitting money.
He said that Fawri ranks today as a brand, which upholds international standards in its facilitation of money transfers between several countries across the world.
Spelling out the features of ‘Fawri Money Transfer Services’, he said that Fawri is the remittance group of Bank AlJazira facilitating international remittance services across the world.
“Funds can be remitted through Fawri to all major countries namely India, Philippines, Pakistan, Bangladesh, Egypt, Sri Lanka, Indonesia, Yemen, Turkey, Jordan, Morocco and many more,” he added.
Al-Rajhi pointed out that Fawri has introduced the new, lower-priced money transfer service that could undercut the traditional players in the industry.
“Fawri charges the lowest in the market for outward remittances, while our exchange rates are fairly better than other players,” he noted.
“For remittances to Pakistan, there is no charge and for other countries, we charge SR15 per transaction,” he informed.
On the question of how much the correspondent banks charge for the remittance in different countries, he said that in case of cash over the counter and direct credit to account, there are no back-end charge for remittances to India, Pakistan and Bangladesh.
“Fawri also maintains a high standard of service and a rapidly expanding network across the region,” said the Fawri chief, who himself is a veteran of banking and remittance industry of the Kingdom.
Asked about the facility offered by the bank for in-country remittance, he pointed out that “we have inward remittance facility through our main partner MoneyGram, one of the leading money transfer operators (MTOs) in the world and the charges differ with the sending corridor.”
MoneyGram International Inc. is a major money transfer company based in the US, which operates in more than 200 countries with an ever-expanding global network of agent offices.
He pointed out that Fawri also offers buying and selling of foreign currencies at very competitive rates.
“Currently, this service is available for American dollar and euro only; and in the near future, we will be able to deal in all major currencies including GCC currencies,” said Al-Rajhi, while referring to the expansion plan being pursued by BAJ.
Asked about the total number of Fawri remittance centers currently operational across the Kingdom, he said that a total of 17 centers are functional at the moment.
These centers are offering worldwide instant money transfer services i.e. “cash 2 cash” and also credit to any bank account in several countries including the Philippines, India, Pakistan, Bangladesh, Sri Lanka and Malaysia, he noted.
He said that Fawri centers all over the Kingdom can boast to ensure easy and quick customer registration process, no manual forms, customer information file (CIF) card with name printed onto it, multilingual staff, queue management system, strategic and prime locations, and above all customer service excellence.
On the top of all these facilities, there are dedicated women counters at Fawri centers, WiFi access and big TV screens offering fun, views and news. Customers can also benefit from reward program and they are also given gifts for using the services.
To this end, he noted that a new Fawri center was opened only a couple of days back in Haiul Wazarat area in Riyadh, which is a hub of Asian workers,.
Asked about ceiling or restrictions imposed by Saudi Arabian Monetary Agency (SAMA) on the amount of funds to be remitted outside the Kingdom, Al-Rajhi made it categorically clear that “there are no restrictions on sending limits from our regulatory body SAMA, but the limits of funds to be remitted are dependent on the recipient country/bank and their respective product line.”
“Any expatriate worker can send the funds to his country,” said Al-Rajhi adding that the amount of funds remitted by a worker should match the profession, the financial capacity and the earnings of a particular worker. To this end, he noted that beneficiaries in major labor exporting countries can receive money “instantly” through certain correspondent banks and a minimum of 24 hours through other banks.