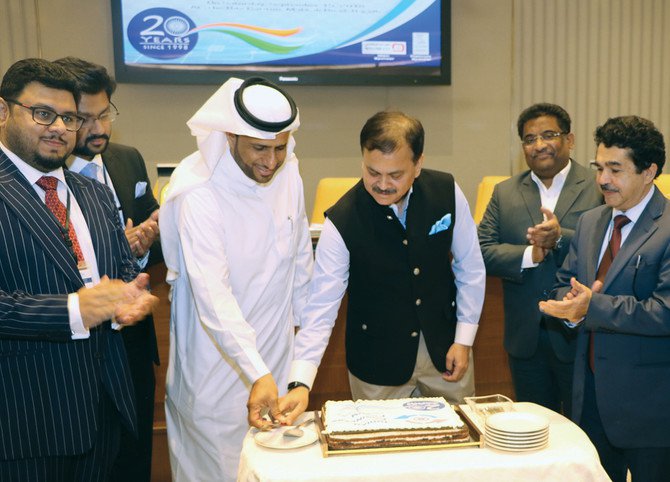 RIYADH: India’s Ambassador to Saudi Arabia Ahmad Javed has called on Indian engineers and other technical professionals “to grab the opportunities coming up within the framework of the Saudi Vision 2030.”

Speaking as chairman and chief guest at a high-profile meeting of engineers in Riyadh recently, he said he was pleased to learn that 12 percent of all engineers in Saudi Arabia are Indian.

More than 300 engineers attended the event, which was organized by the Indian Engineers Forum (IEF) in Riyadh, a leading nonprofit professional organization that for 20 years has been working to share knowledge and forge connections.

In his speech to the engineers, Javed said that “relations between the Kingdom and India have been progressively growing.” To this end, he noted the “huge presence of the Indian contingent at the Janadriyah Festival early this year.” He also congratulated the engineers on the success of the IEF in Saudi Arabia.

On behalf of the Saudi Council of Engineers and its board of directors, Al-Harkan thanked the IEF for inviting him to be guest of honor and congratulated the forum on 20 successful years in the Kingdom. He noted that that “Indian engineers represent the second-largest expatriate engineering community in Saudi Arabia, with their total number exceeding 22,500,” and called on the IEF to boost its cooperation with his council.

The event at the Ritz Carlton Hotel was sponsored by Masah, Al Saady Group and Awan Al Ward Trading Co. A number of engineers from IEF chapters were honored during the event, and senior engineers were also recognized for their continuous and exemplary service to the forum for the past 20 years.

Another highlight was the unveiling of the IEF magazine, called Spectrum, by Javed and its editorial team. The diplomat praised the quality of the magazine, saying its design and content are on a par with international standards. The event concluded with a cake-cutting ceremony, followed by a dinner.