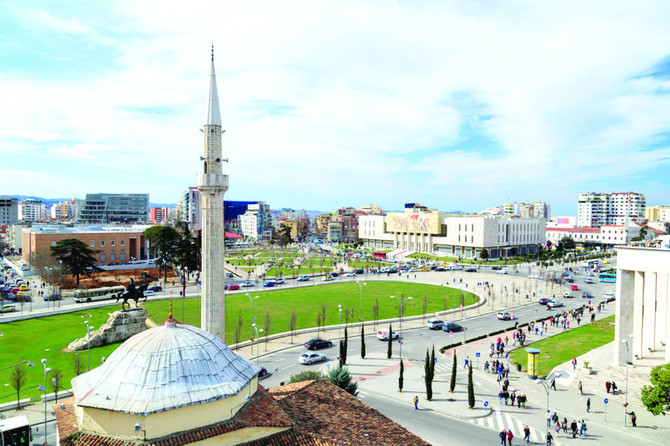 RIYADH: Albania has renewed a visa-free travel scheme for nationals of three Gulf countries in a bid to boost the number of tourists from the region.
“Citizens of Saudi Arabia, Oman and Qatar can enter Albania without a visa,” said Albanian Ambassador Sami Shiba in Riyadh on Sunday.
The initiative follows similar schemes in previous years, under which Saudis and citizens of some other Gulf countries were allowed to travel to the country without visas during the summer season.
Shiba said that the visa-free regime would boost tourism and business traffic between the Kingdom and Albania, a small country in southeastern Europe. “The scheme will allow nationals of the three Gulf countries to enter Albania without visa from May 31 to Nov. 15, 2017,” said the diplomat. Shiba said there was an ever-increasing number of Gulf tourists choosing to travel to Albania. He pointed out that about 4.7 million tourists visited the capital city Tirana and other Albanian destinations during 2016.
“Gulf nationals including Saudis represent about 25 percent of the above number,” said the envoy, adding that the natural beauty, geographical position and enjoyable Mediterranean climate makes Albania a special place to visit.
On a bilateral level, Riyadh and Tirana have reported progressively growing relations in politics, economy, culture and tourism, said the diplomat. Since establishing diplomatic ties on Dec. 2, 1992, the two countries have been working closely to strengthen political dialogue, deepen economic cooperation, increase trade exchange and complete legal frameworks of cooperation.
Referring to the tourist attractions and the facilities provided for tourists and business travelers, Shiba pointed out that the majority of Albania’s population is Muslim and halal food is widely available.
“The country can also boast... about 810 mosques; while its capital city Tirana has a number of important Ottoman and Roman monuments,” he added.
The envoy pointed out that Tirana is one of the largest cities in the Balkan Peninsula, with a rich history and heritage. Besides Tirana, the country has a 450-kilometer coastline extending along the Adriatic and the Ionian Sea, he noted.
Referring to the rich historical and cultural heritage of Albania, the envoy pointed out that Butrint, located in the south of Albania, is on the UNESCO World Heritage List. Berat and Gjirokastra, two other Albanian cities prominent for their specific architectural style, are also on the list. “I am sure the rich history will leave any interested foreign visitors pleasantly surprised,” said Shiba.
“Albania is a safe country for visitors, and Albanians are very open toward Saudis and Gulf tourists,” he added. “I therefore want to seize this opportunity to invite Saudi tourists to take Albania into consideration as one of the best options when making their holiday plans.”